You will experience an exceptional education programme for both General Practitioners and Specialists which the KDMA is renowned for. The conference package is for nine nights and is a fully inclusive land package bar a lunch and dinner after an introductory walking tour of Valletta on day 2, giving you uninterrupted opportunity to explore the town at leisure, a lunch on day 5 when you will be exploring the 3 cities at your own pace and lunch on the last day when you are free to relax or explore before our final dinner.

Our post conference visit to Sicily for six nights includes flight from Malta, accommodation, tours and most meals. Airfares and other travel can be organised through ABC Travel.

Delegates arrive in Valletta. Transfers will be organised from Valletta Airport to the Phoenicia Hotel. This  evening join the KDMA delegation for an unforgettable welcome cocktail party on board the famous gullet boats. The most magical entrance into Valletta is via the spectacular Grand Harbour. From the Gullet’s vantage points you will admire all of Valletta’s beauty, surrounded by the 3 fortified cities and bastions as the crusaders did centuries ago. As the sun sets on the limestone this Mediterranean city becomes a golden jewel (D-cocktail party with substantial canapes)

Introductory walking tour of Valletta followed by the opportunity to explore Valletta at your own pace. Visit the Upper Barakka Gardens which offer fantastic views of the Grand Harbour, the cities of Senglea, Vittoriosa and Kalkara as well as the Breakwater. Discover the Grand Master’s Palace and the armoury. This magnificent palace built by the knights in the 16th century was the actual residence of the Grand Master. You will be personally, welcomed to Casa Rocca Piccola, home of the 9th Marquis and Marchioness de Piro. The Duchess of Sussex found Valletta captivating, she also visited Casa Rocca Piccola during her Malta trip. You will find a particularly striking photo of the Duchess wearing a traditional għonnella headdress during her visit of the magnificent sixteenth-century palace.

For the full program and itinerary please click the button below and we will send it over to you via email. 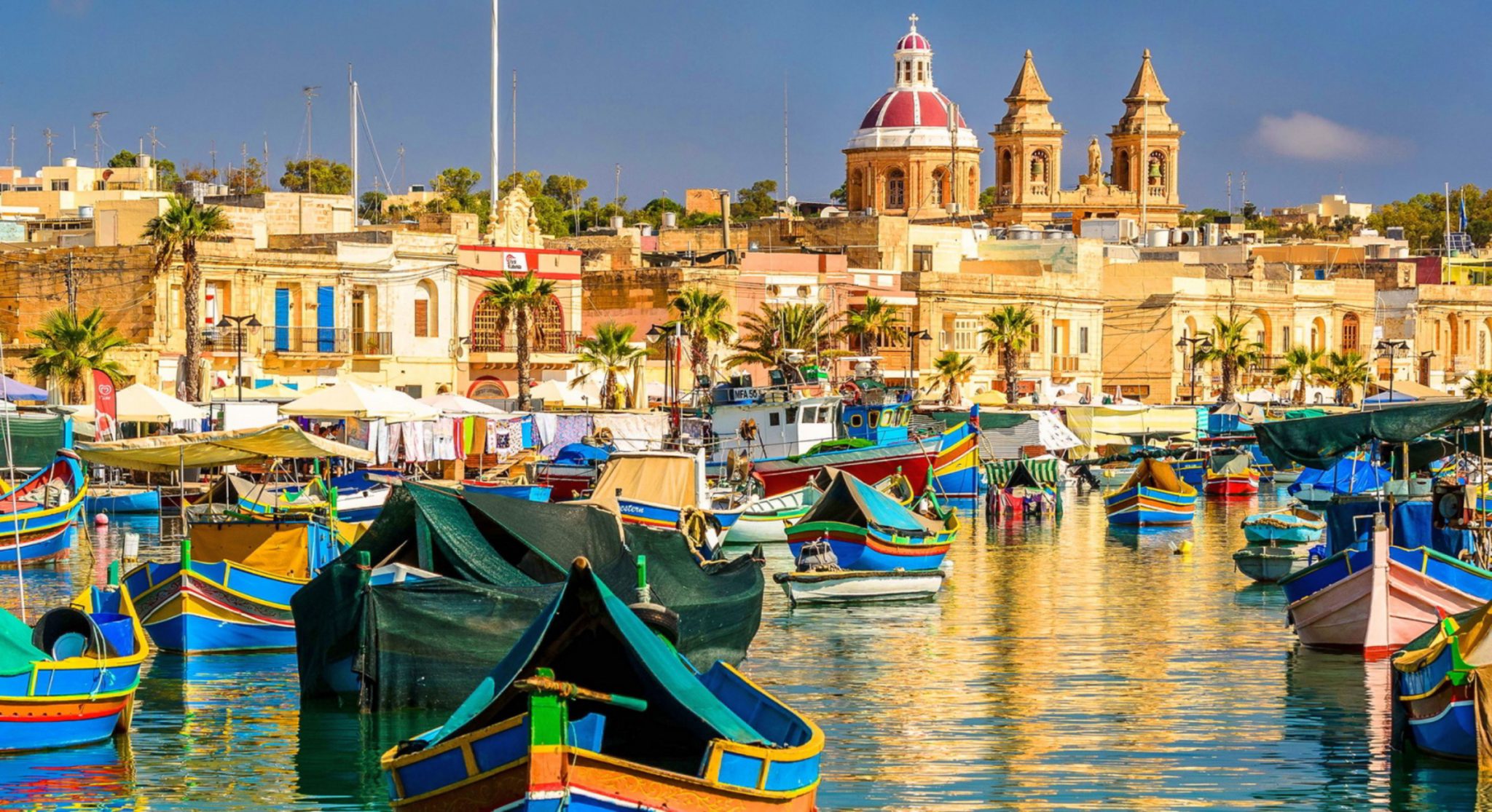 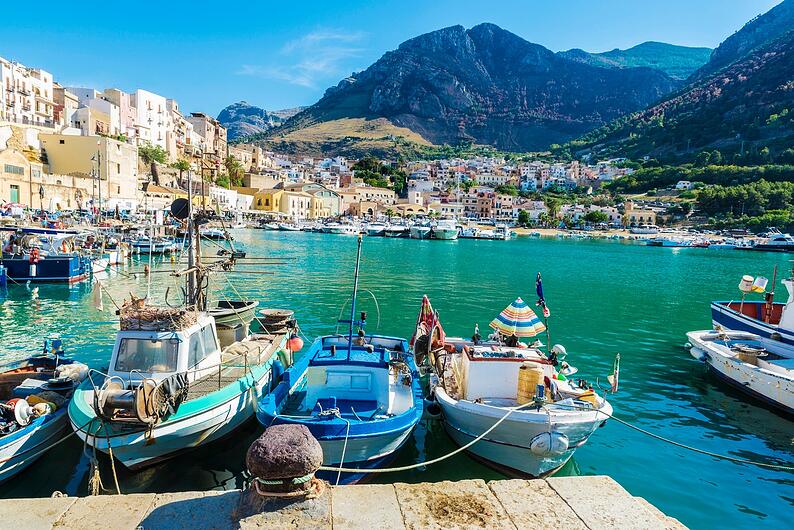 Sicily has long been a crossroad and crucible of Mediterranean culture. The island today is a fascinating manuscript in which Greek temples, Norman churches and Baroque palazzos emerge from the rich fabric.

After breakfast the delegates participating in the post conference tour will be transferred to the airport for their short flight to Palermo, Sicily. This evening you will dine with the Princess Signoretta Alliatta where she will welcome you to her magnificent 15th century palace. The grand ballroom here is very grand indeed, housing the Murano Ca’ Rezzonico chandelier, considered the largest in Europe. The palazzo is a favourite stop among visiting dignitaries.

Palermo city tour. Discover the underground cemetery of Capuchin monks on a journey through time and space to an absolutely fascinating and mysterious world.

Private visit of Teatro Massimo the largest opera house in Italy, as well as one of the largest in Europe. Enjoy the Puppet opera a particular type of puppet theatre, which emerged in southern Italy and particularly in Sicily in the early 1800s, it is considered a Masterpiece of the Oral and Intangible Heritage of Humanity. Explore the “street food of Palermo” with its Arabic and Jewish culinary heritage. Continue to Monreale with a visit of the Duomo one of the world’s most stunning architectural treasures. The cathedral’s asymmetrical, twin-towered façade gives little clue as to the splendour to be found within. The Cathedral is considered the most sought-after monument in the world.

Day at leisure to enjoy your 5 star spa resort. Relax as you swim a few laps in the infinity pool or take a long leisurely walk along the beautiful Sicilian beach. Perhaps play a round of golf on the Kyle Phillips designed 18 hole championship courses or retreat to the serenity of the expansive spa. Please note a continuous ”private KDMA only shuttle service” will be provided from the resort to nearby Sciacca. Sciacca is a historic fishing port on the southern coast of Sicily. Apart from a great variety of shops Sciacca has a long-standing tradition of ceramic production and there are numerous shops selling brightly coloured crockery.

Driving to the western part of Sicily, the first stop will be at the magnificent Temple of Segesta. Built by the Elimian, later colonised by the Greeks to become one of the most important Greek colonies. Continue to Erice, a wonderfully preserved Mediaeval town offering breathtaking views of the Egadi Islands, surrounded by ancient Elimi and Phoenician walls. Erice is home to the historic and famous pastry shop “Grammatico”. Maria entered the cloistered San Carlo orphanage in Erice when she was only 11 and learnt the art of pastry-making from the nuns. Today she is a famous pastry chef and her life has become a book. You will learn old recipes handed down from one generation to another and culinary secrets stolen from the nuns and learn from this lovely Sicilian lady in her 70s how to work the almonds to shape the martorana pastries and her famous genovesi with cream or ricotta.

As you head towards the East Coast of Sicily you will visit Agrigento, one of the most historically important archaeological sites in the world, famous for the Valley of Temples built between 510 BC and 430BC. You will enjoy a fairy-tale picnic in this unique setting.

Travel to Piazza Armerina, splendid art city woven into the heart of Sicily, boasting the largest and well preserved collection of Roman mosaics in the world found in the Roman villa del Casale. Originally the property of a powerful Roman family, it dates back to the 4th Century A.D. Early evening arrival into Taormina.

Day at leisure to enjoy the allure of Taormina, arguably Sicily’s most beautiful city. Visit the Ancient Greek theatre, Porta Messina, the Duomo or stroll on the beach. Sit down for a coffee, gelato or Sicilian granita and enjoy the sacred pastime of people-watching which is revered in the country known for “la dolce vita”. (Optional tours to Siracusa, Mt Etna and a local Sicilian ricotta farm will be offered).

Tonight, have some fun and participate in the ‘Farewell to Sicily dinner” in Godfather country.

Grandly situated in Palermo’s former stock exchange, the Grand Hotel Piazza Borsa is set in central Palermo, a 15-minute walk from the harbour.

Located in an idyllic valley on the south coast of Sicily, surrounded by orange, lemon and olive groves, Verdura resort embraces its beautiful surroundings and makes them part of its soul. Inspired by the warmth, passion and beauty of Sicily, Verdura Resort is a five-star destination. It is the first resort in the Rocco Forte Hotels and takes the trademark Art of Simple Luxury to an outstanding new level. A simple luxury resort in-line with the Sicilian tradition, unique archaeological sites, unforgettable dinners under the stars by Fulvio Pierangelini, a world-renowned name in the culinary set, an award-winning spa and world-class golf destination.

Metropole Maison d’Hotes is born in Taormina’s antique heart, on a top overhanging the sea and adjacent with the old Clock Tower. An historic hotel inside a 17th century building that represented Sicily’s belle epoque.

– Flight from Malta to Palermo

– Highly qualified and knowledgeable tour guides throughout with local expertise

– (Welcome dinner with the Princess) 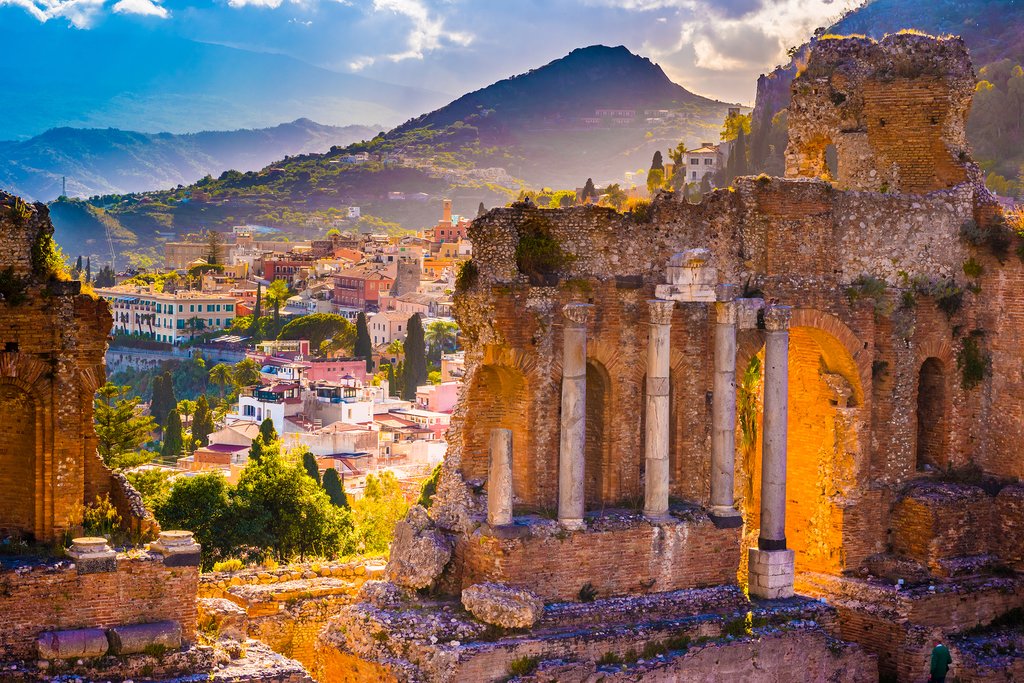 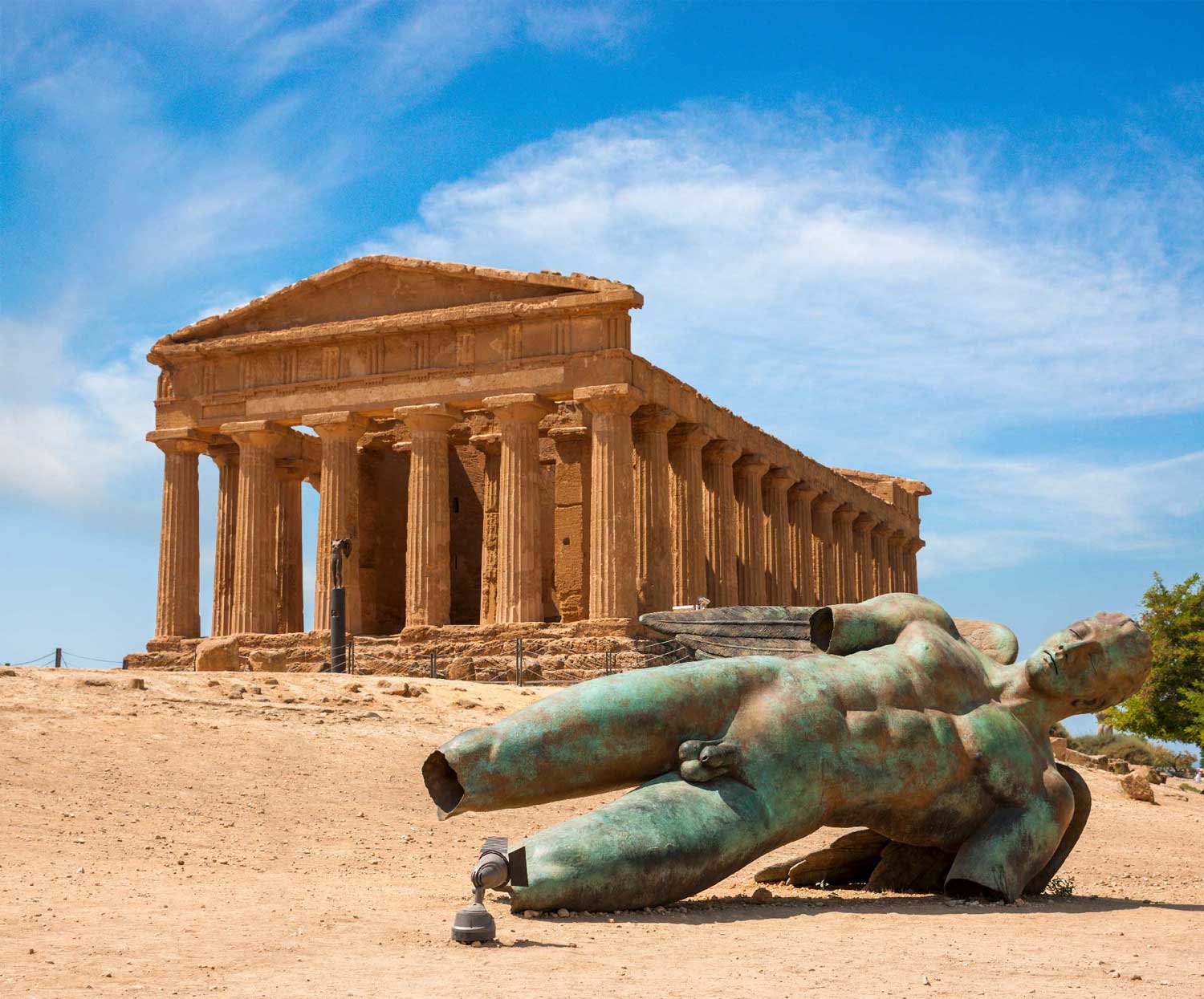